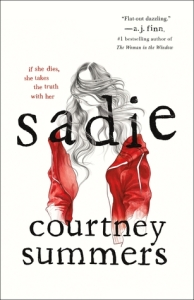 I received Sadie in a subscription box right after its release last September and at the time, I didn’t know anything about it and wasn’t very excited about it. But then came the hype. Followed by more and more hype. Everyone was excited about this book. I heard all about how heart-wrenching the story is and how excellent the audio book is. Well, I will grant that the audio book definitely is appropriate for the book, since it is half-formatted as a podcast. The other half is told from Sadie’s point of view in her timeline just after her younger sister disappears. From how the book world made it sound, this was going to be a read that would make me sob and lose myself; it would make me angry and curious. Yes, it was pretty heavy and had its tough stuff for sure, but I didn’t fully connect with it as I had hoped that I would. 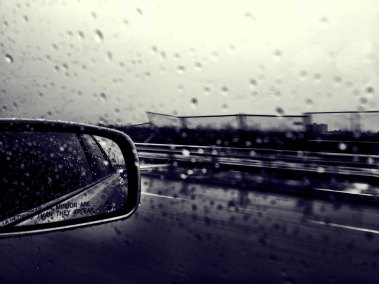 Allow me to back up a bit and give some detail about the book. As I mentioned, Sadie is the central character and in her timeline, her younger sister Mattie was killed. Sadie sets out on a mission to kill the person who murdered her sister and the trail of clues she follows are quite sinister. Meanwhile, in the present, West McCray is a radio personality who picks up on Sadie’s story in a gas station and wants to cover it on his own show. He decides to start his own podcast, pursuing his own clues by interviewing family members and trying to find Sadie who, to the town she ran away from, seems is missing.

I think that the best thing about this book is the way that its set up. Its amazing how the book is set up in two different timelines and two different points of view, yet they match up so well. There are some very intriguing twists and turns to keep you reading, and Sadie herself actually is a solid character. Of course, she is strong and stubborn to a fault but that’s also where her bravery has to step in too, to some extent. So take this all as you will. If you need some tough drama to read, this is the book for you.

My name is Lindsay and I am a part-time voice teacher by day, part-time college student by night, and an avid reader in every spare moment in between. I read between 1 and 3 books each week and I am very passionate about the lost art of collecting real books. I also enjoy warm beverages (tea, coffee, and cider), thunderstorms, hammocks, folk rock, road trips, and all dogs. View all posts by singerofstories